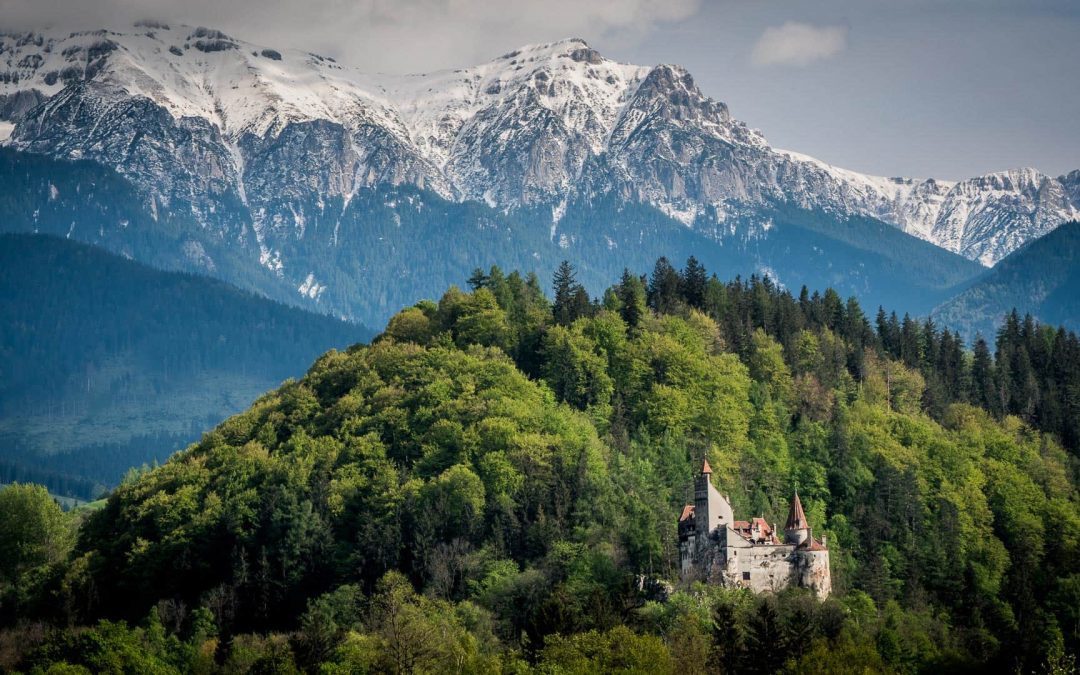 The impressive Bran Castle is more a setting of a fairytale than the story with vampires that is famous for. It is perched on a dramatic hilltop above a valley giving you the chance to capture some beautiful shots. It is located near the village of Bran and close to Brasov, at Transylvania’s border with Wallachia, an old region of Romania.

Here are 14 pictures of Bran Castle to inspire you to visit and photograph it in all seasons. 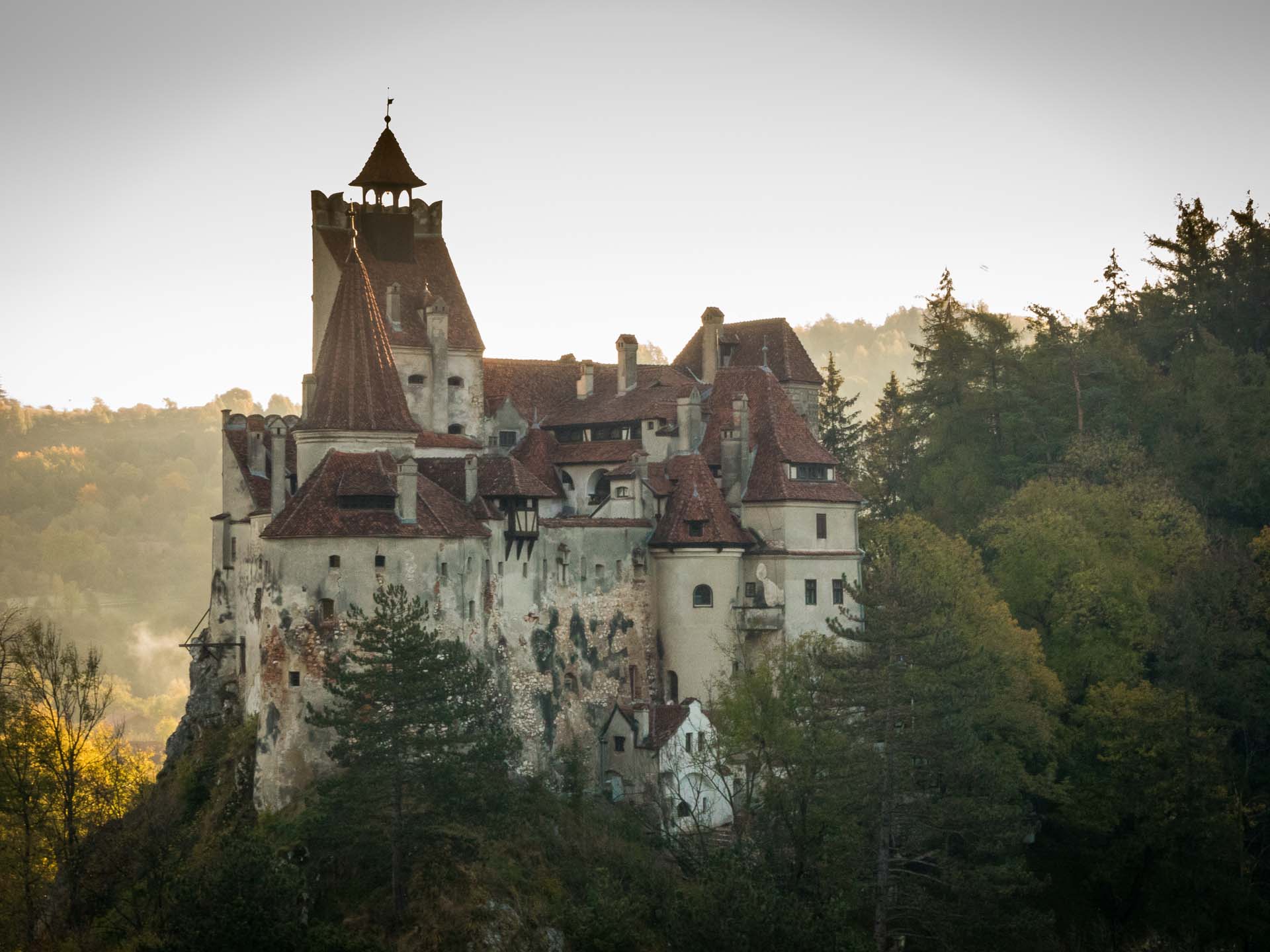 When to photograph Bran Castle

Even if it may seem that getting great pictures of Bran Castle is easy, it’s not a piece of cake! Because of its position it is not possible to capture it at sunrise or sunset, for example. The best times to photograph the castle are 1-2 hours after sunrise, 2-3 hours before the sunset or, of course during the blue hour. 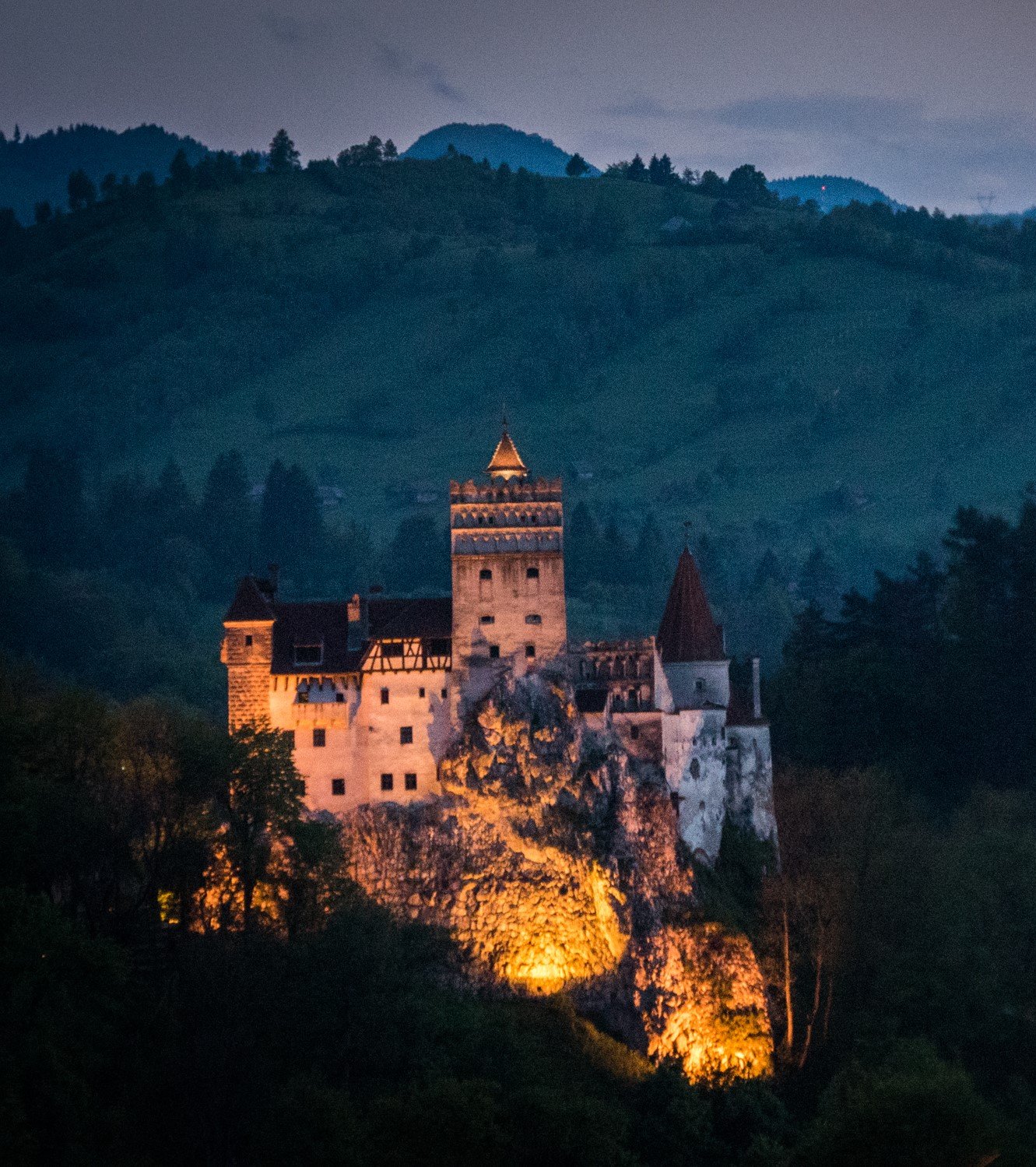 There are three best angles to catch it on your camera: from below, on the south in the valley, from the west side from a hilltop and from the north-east.

However, Bran Castle is suitable for photography in all seasons, all giving it a different particular charm. 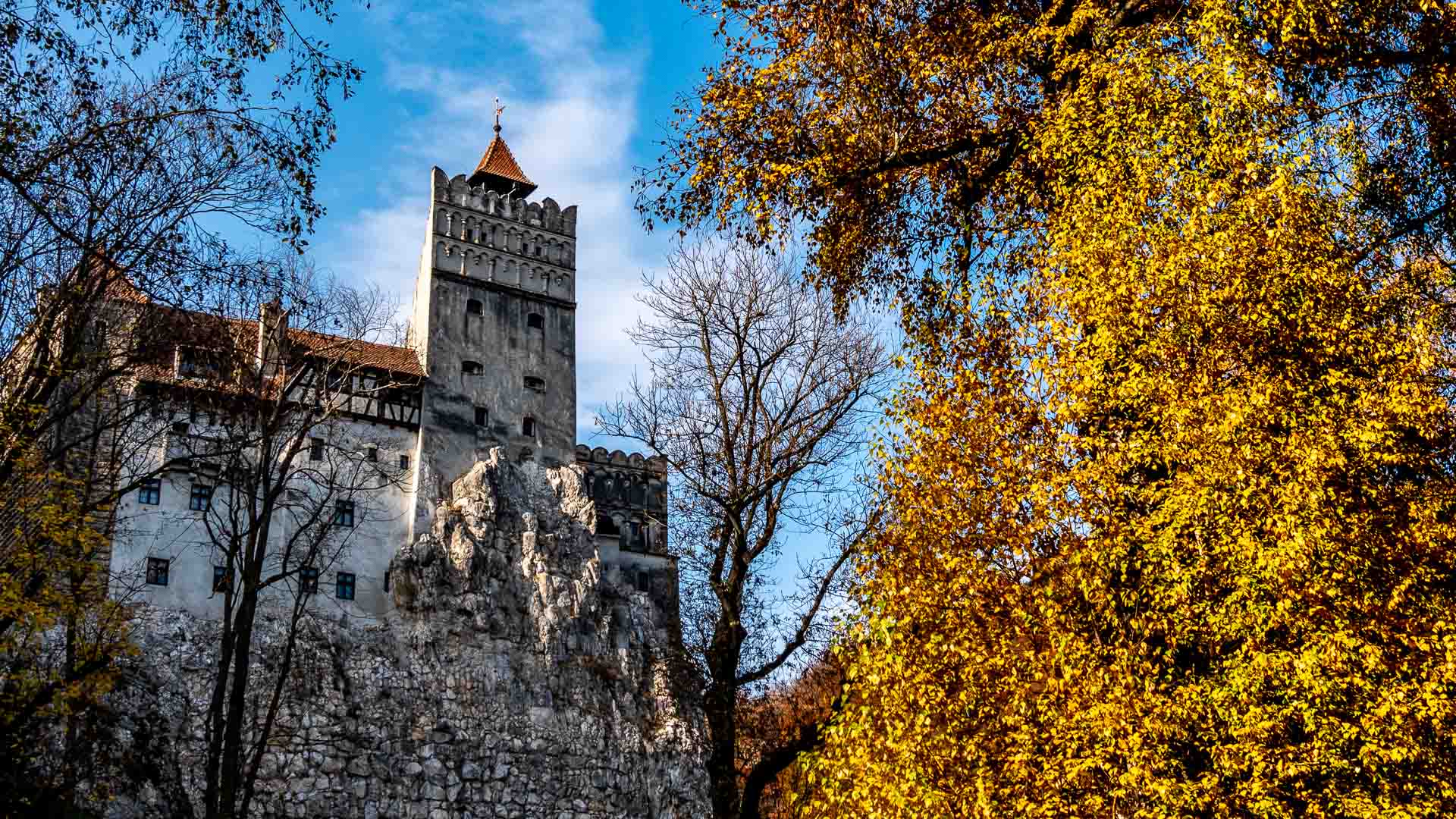 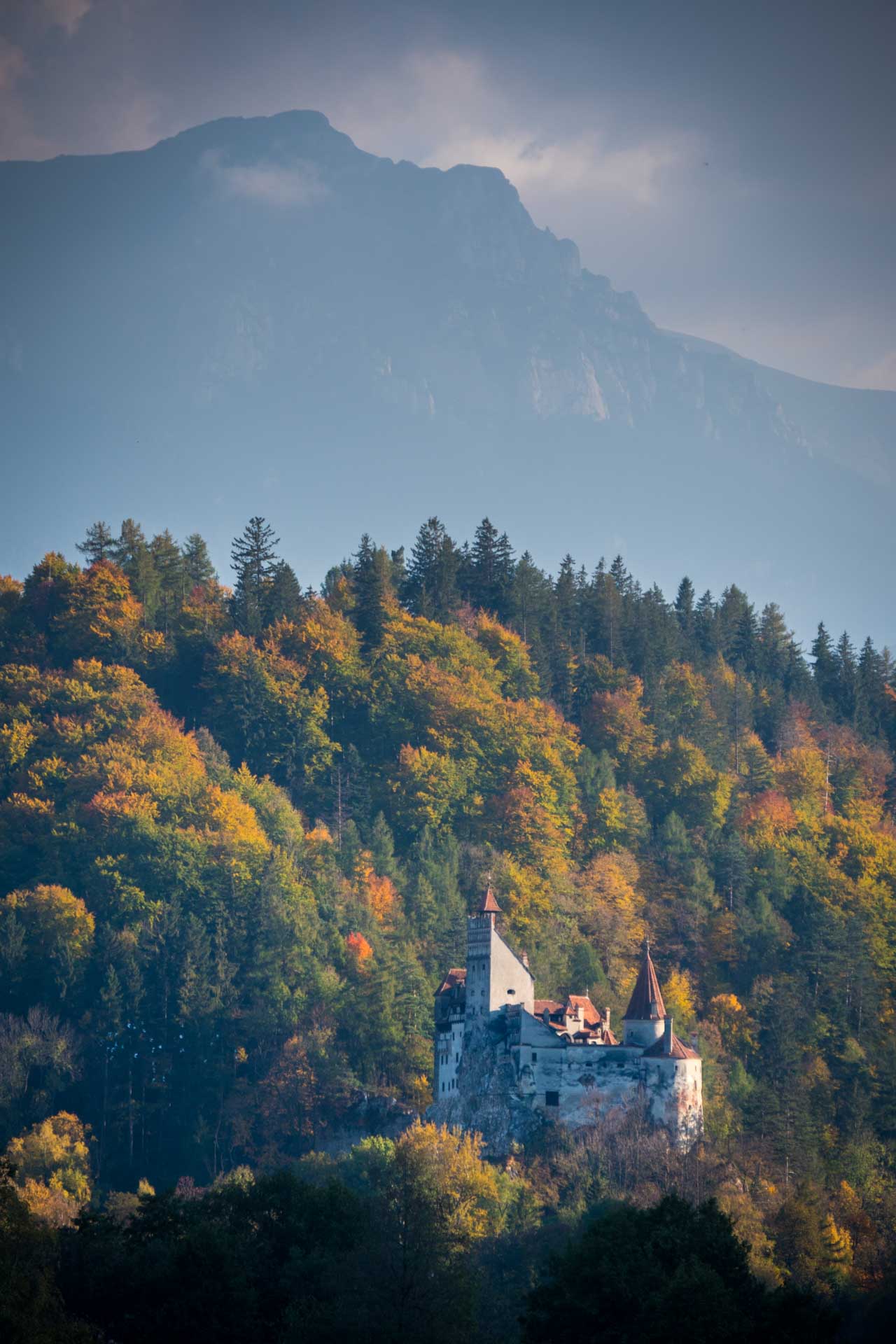 Visitors are able to peer into and photograph its homey-decorated rooms and dark tunnels together with permanent expositions of the Romanian Regal Family’s souvenirs, their tastefully decorated bedrooms, dining area and salons. The most interesting rooms to capture are the Music Salon and the Queen Mary’s Bedroom. 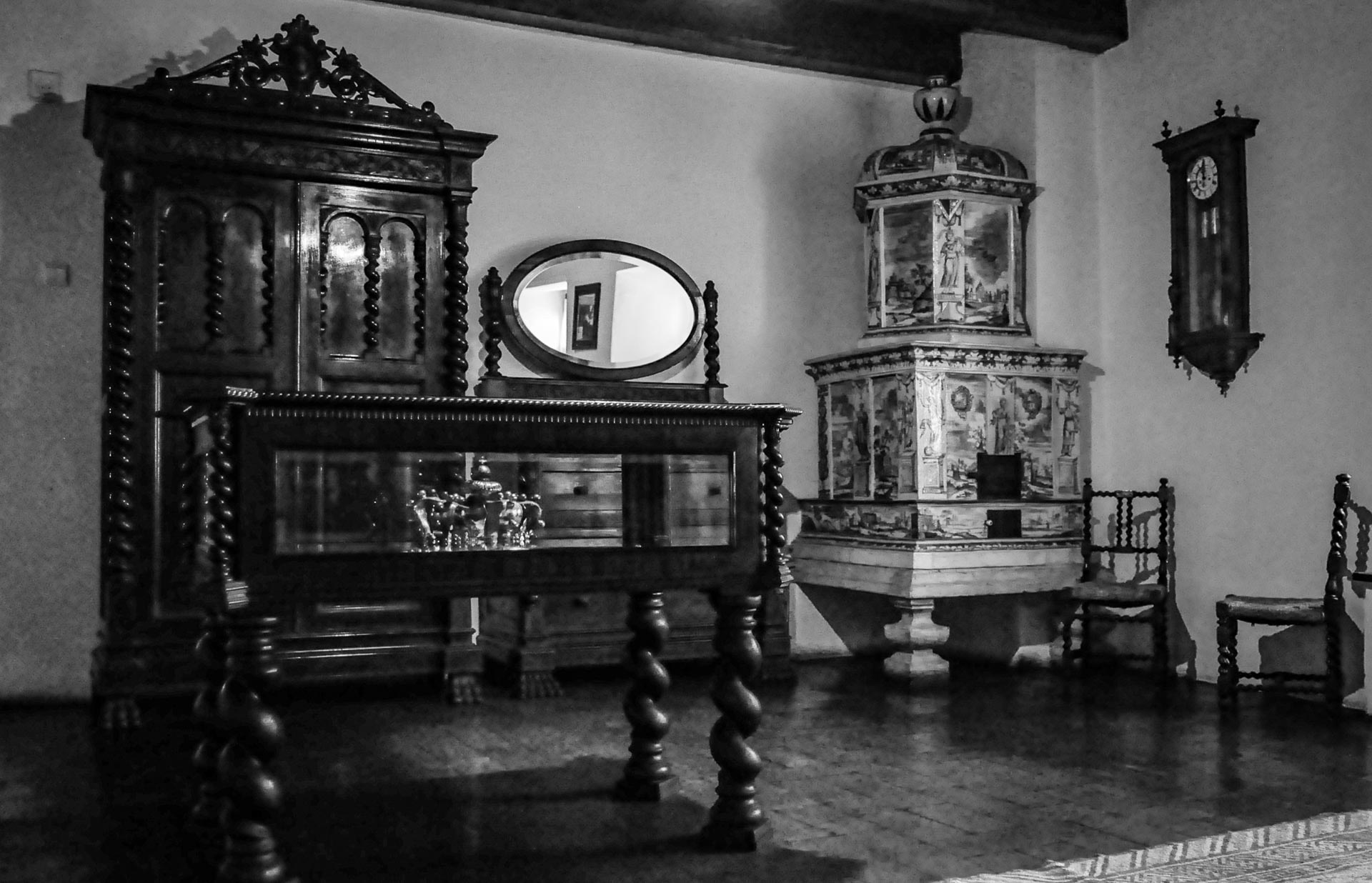 Secret passages connecting the floors and the interior garden, a small torture museum, costumes, suits of armors and ancient weapons are all subjects for some great pictures of Bran Castle. 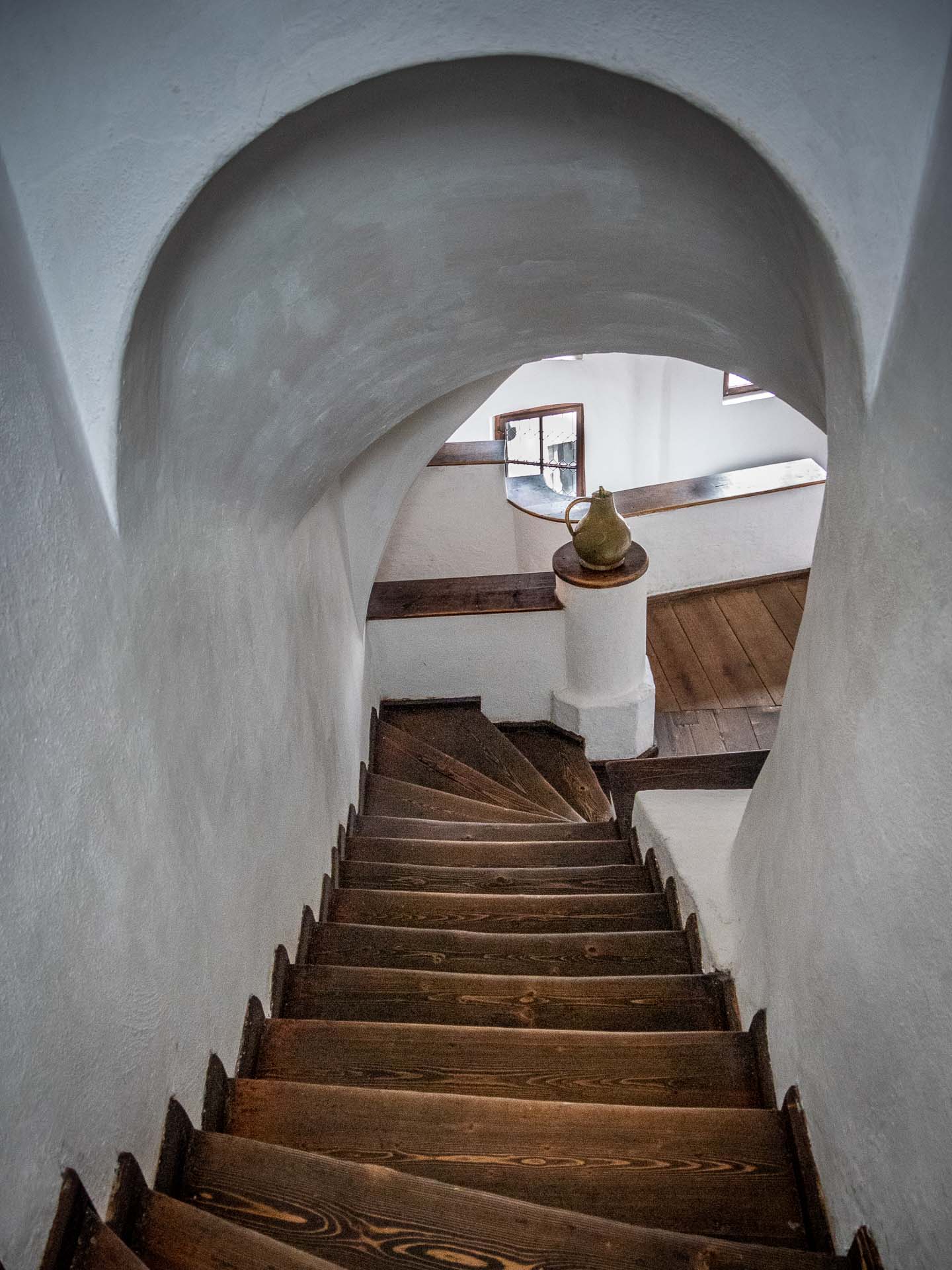 Additionally, there is a room dedicated to Bram Stoker, where you’ll be able to learn about the legend of Dracula. 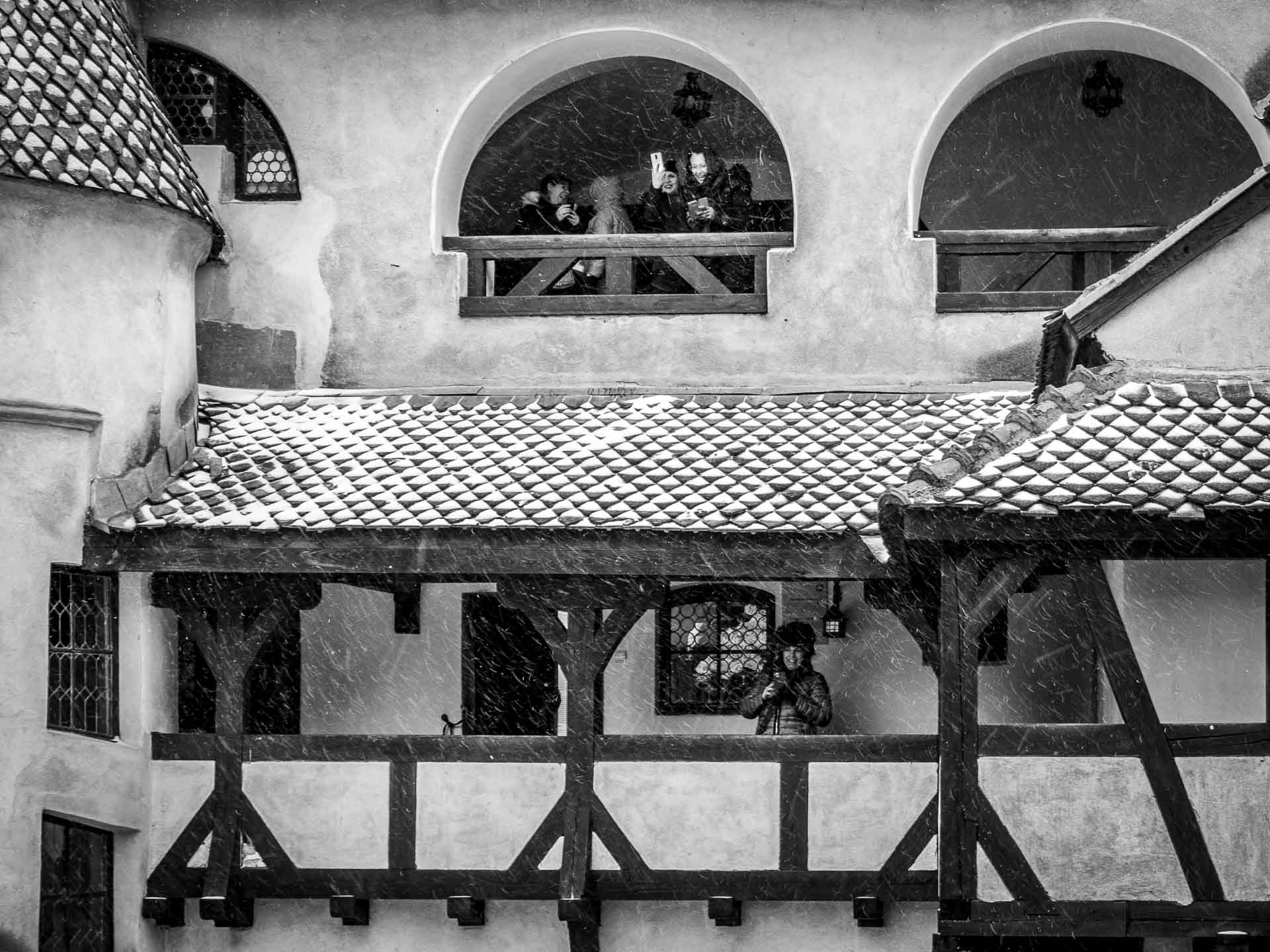 The legend and its association with Dracula

Bran Castle is known as a place surrounded by myth and mystery due to its association with Count Dracula, a prince with “a castle located high above a valley perched on a rock with a flowing river below”, the fictional character of Bram Stoker’s book. This character is often confused with Vlad Tepes (Vlad the Impaler), Wallachia’s ruler because he was a member of the Order of the Dragon, which game him the name Vlad Draculea. But in reality, Vlad Tepes not only was never the owner of the castle, but it’s also unclear if he ever stepped there. 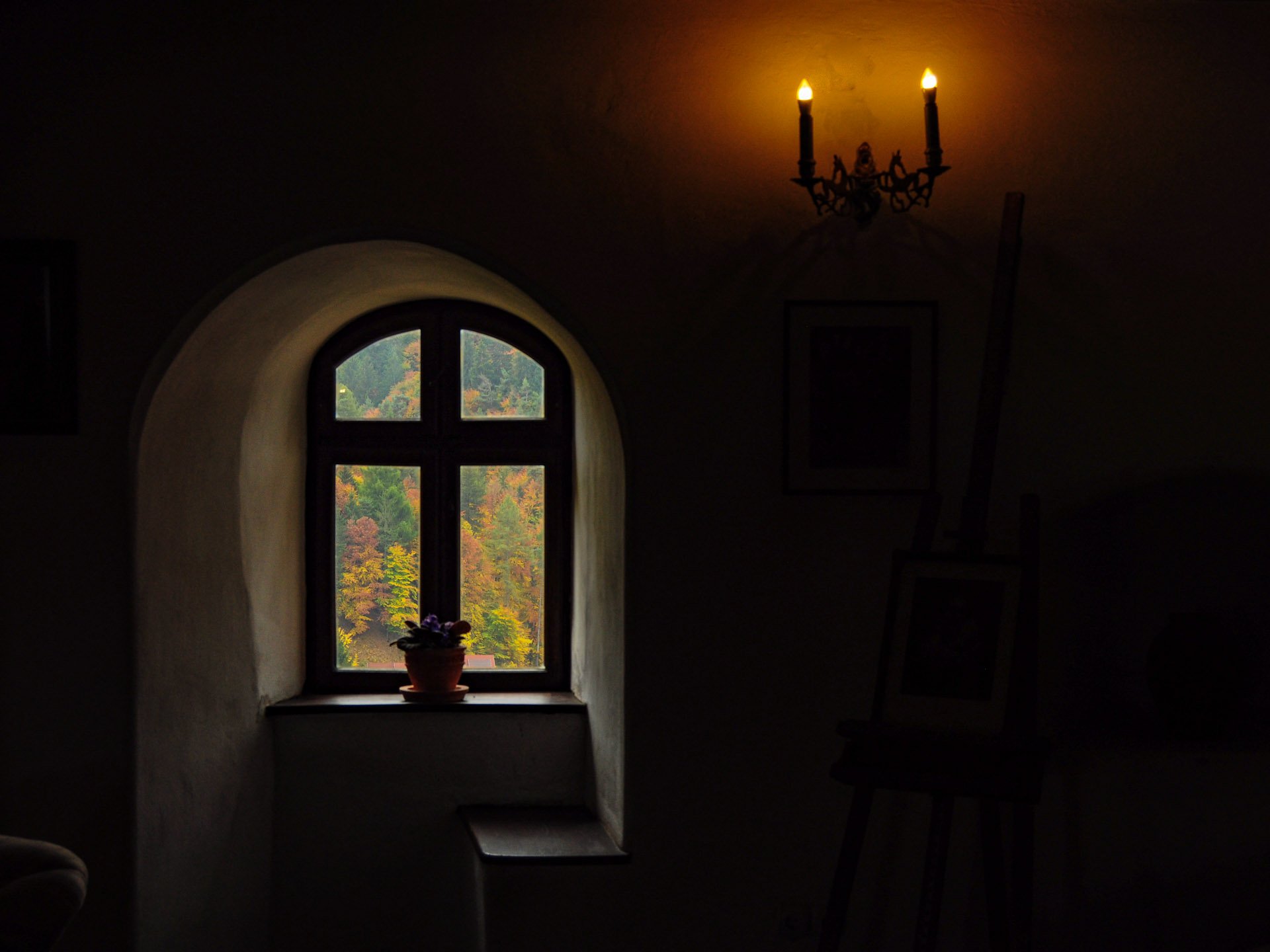 The real history of Bran Castle

It started as a fortification, built by the Teutonic Knights in 1211. More than one hundred years later, in 1377, at the order of King Louis I of Anjou, the actual castle was built by the Saxon community of Transylvania. Two major components characterized the use of the castle during medieval times: the ongoing military invasion of the region and the trading routes of Bran Gorges. It was a custom point to protect the trading route and just below it one could find the old custom and even some of the old border walls. 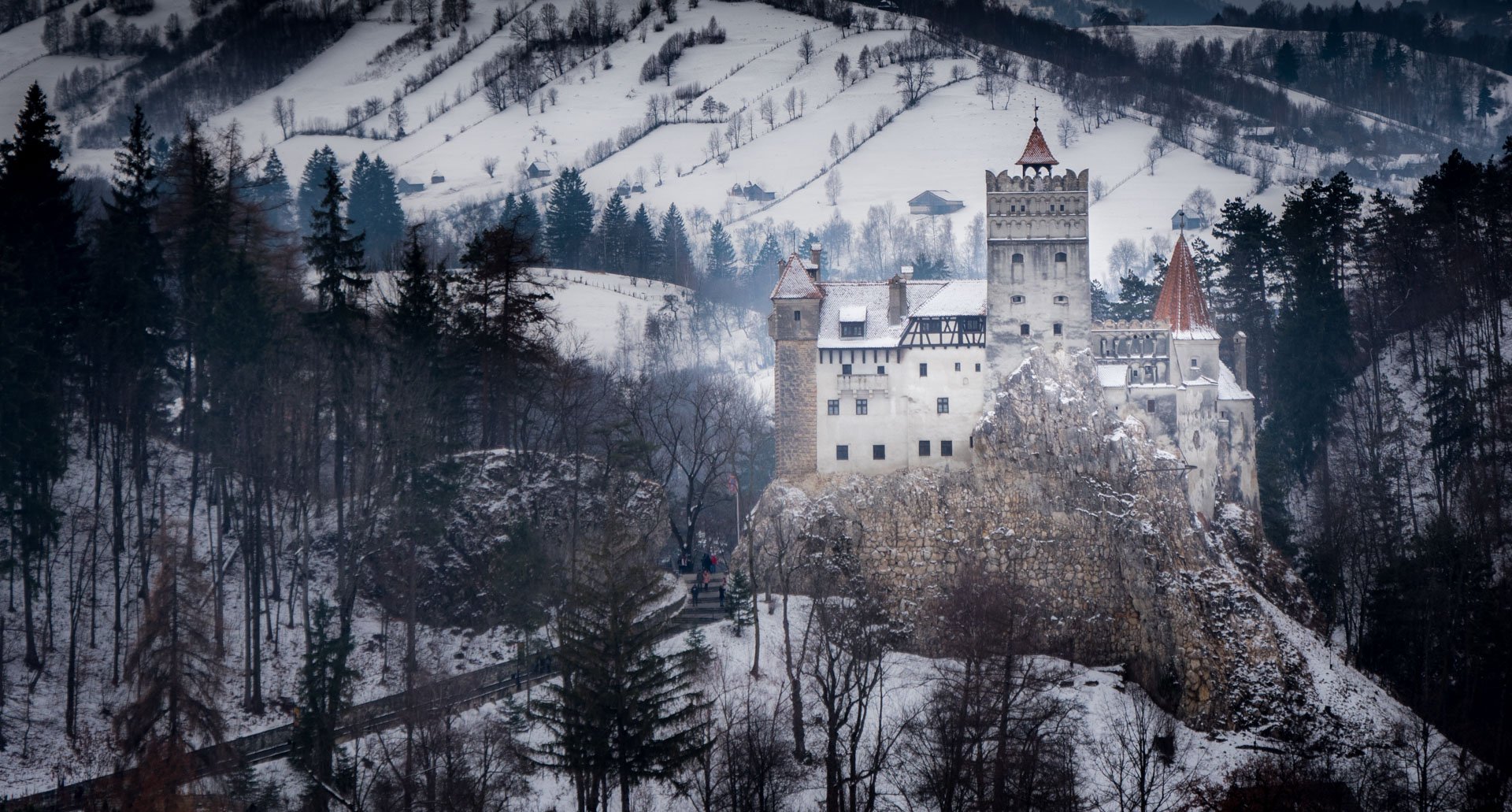 Today, we are able to photograph the traces of its history and to immerse ourselves into the charming medieval period. 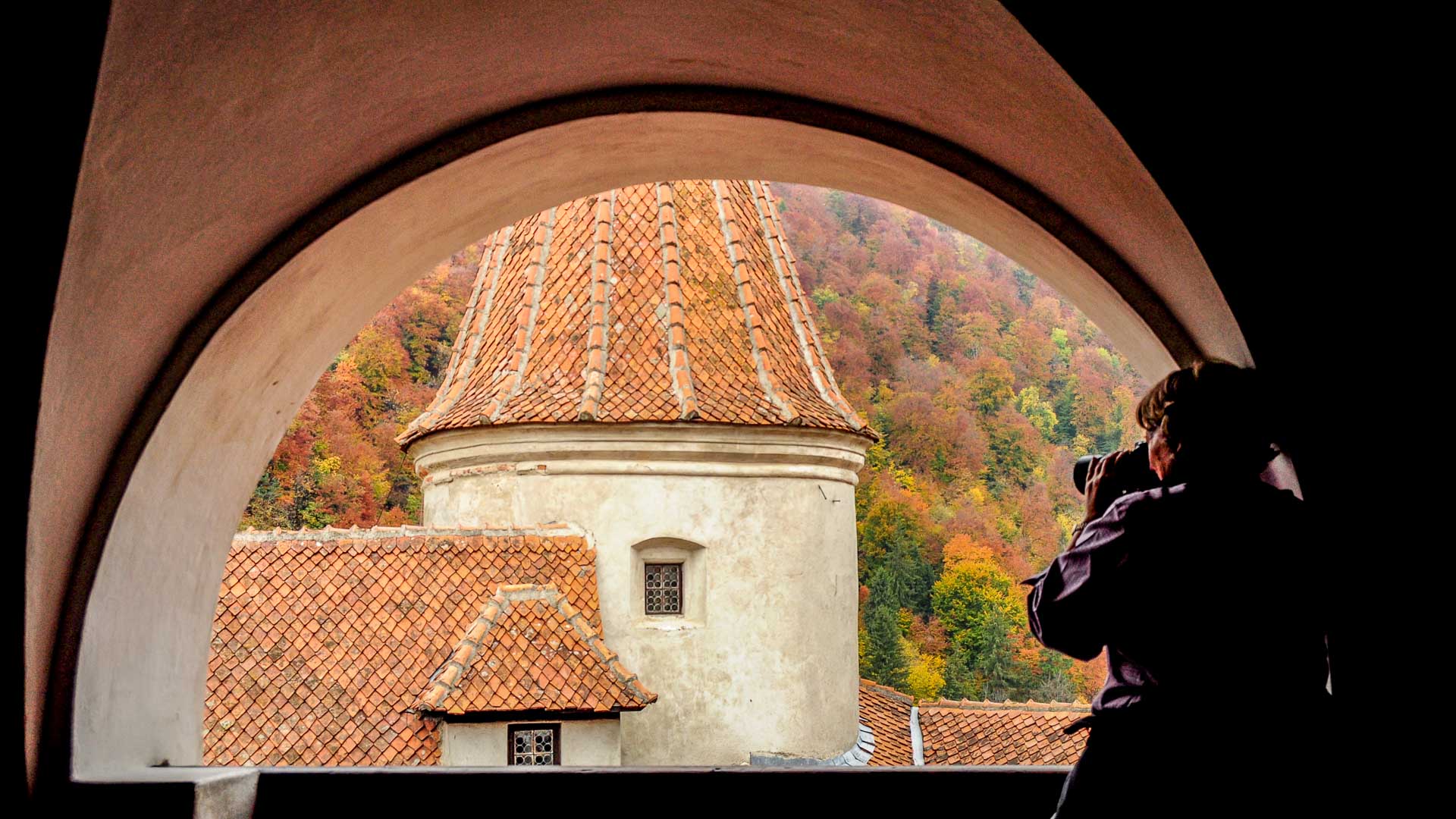 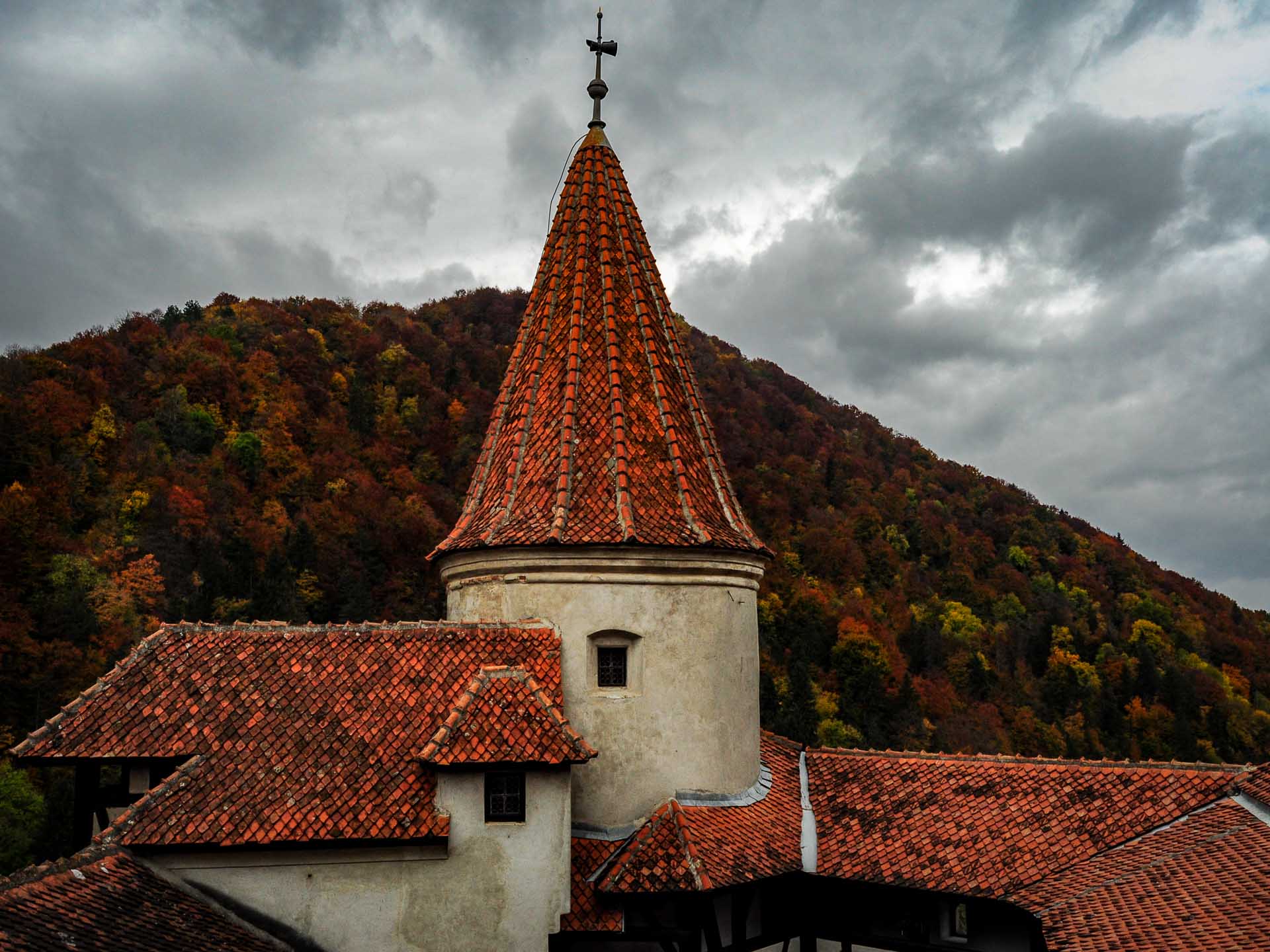 In the 1920s the castle becomes a royal family residence after it was offered to Queen Mary of Romania as a reward for her help during World War I and the 1918 union. It quickly became her favorite summer residence and was tastefully decorated by Her Majesty. After the Queen’s death, the castle was inherited by her daughter, Princess Ileana that shared her mother’s love for the beautiful surroundings until the coming of the communists who took it away. In 2005, the fortification was returned into the possession of the Princess’ inheritors, who now operate it as a museum. 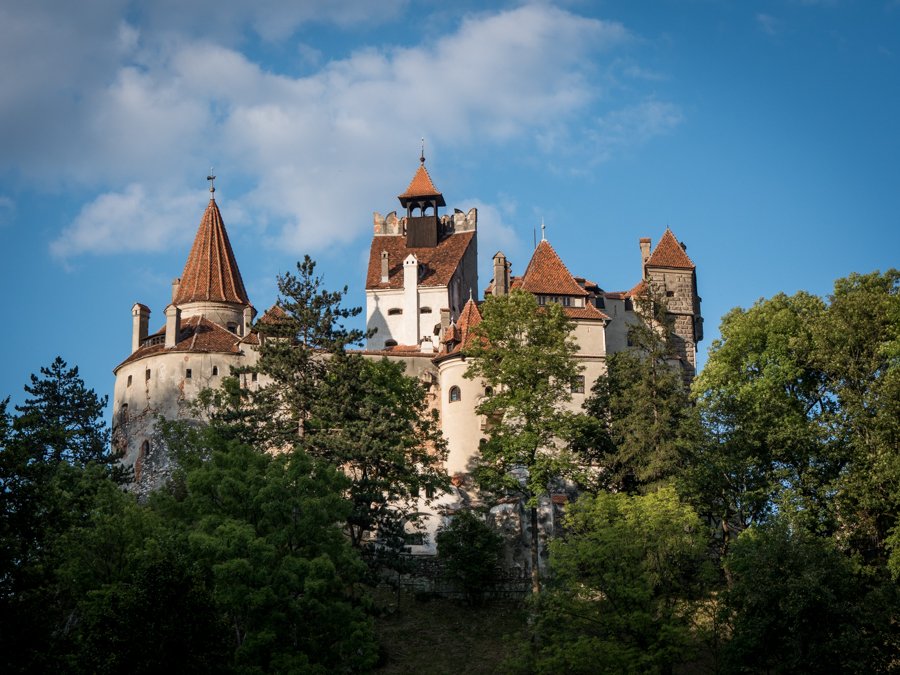 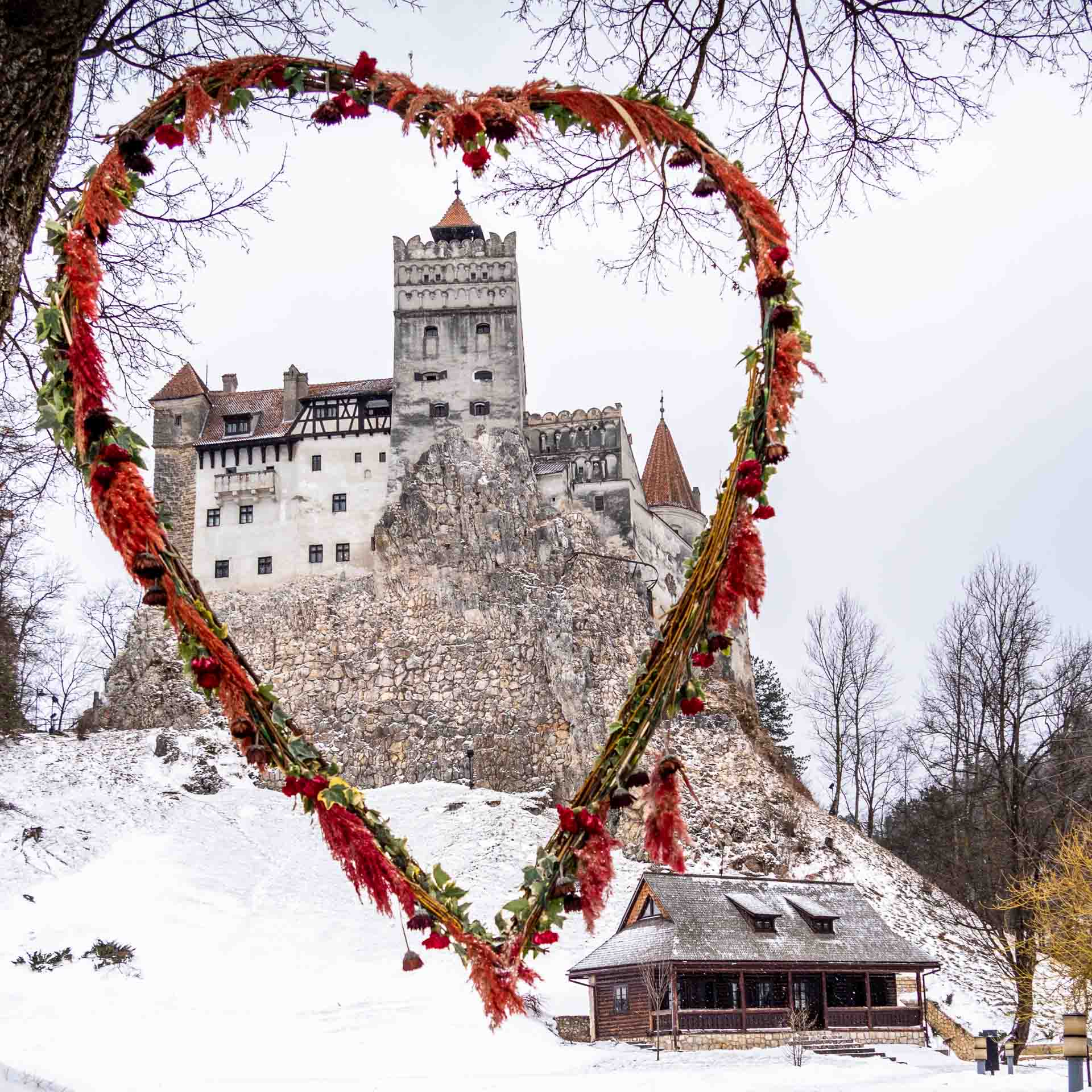 These are 14 pictures of Bran Castle that will inspire you to photograph it in all seasons. Join us in our group photo tours to get immersed into the mystery atmosphere that surrounds it or contact us for a tailor-made tour!